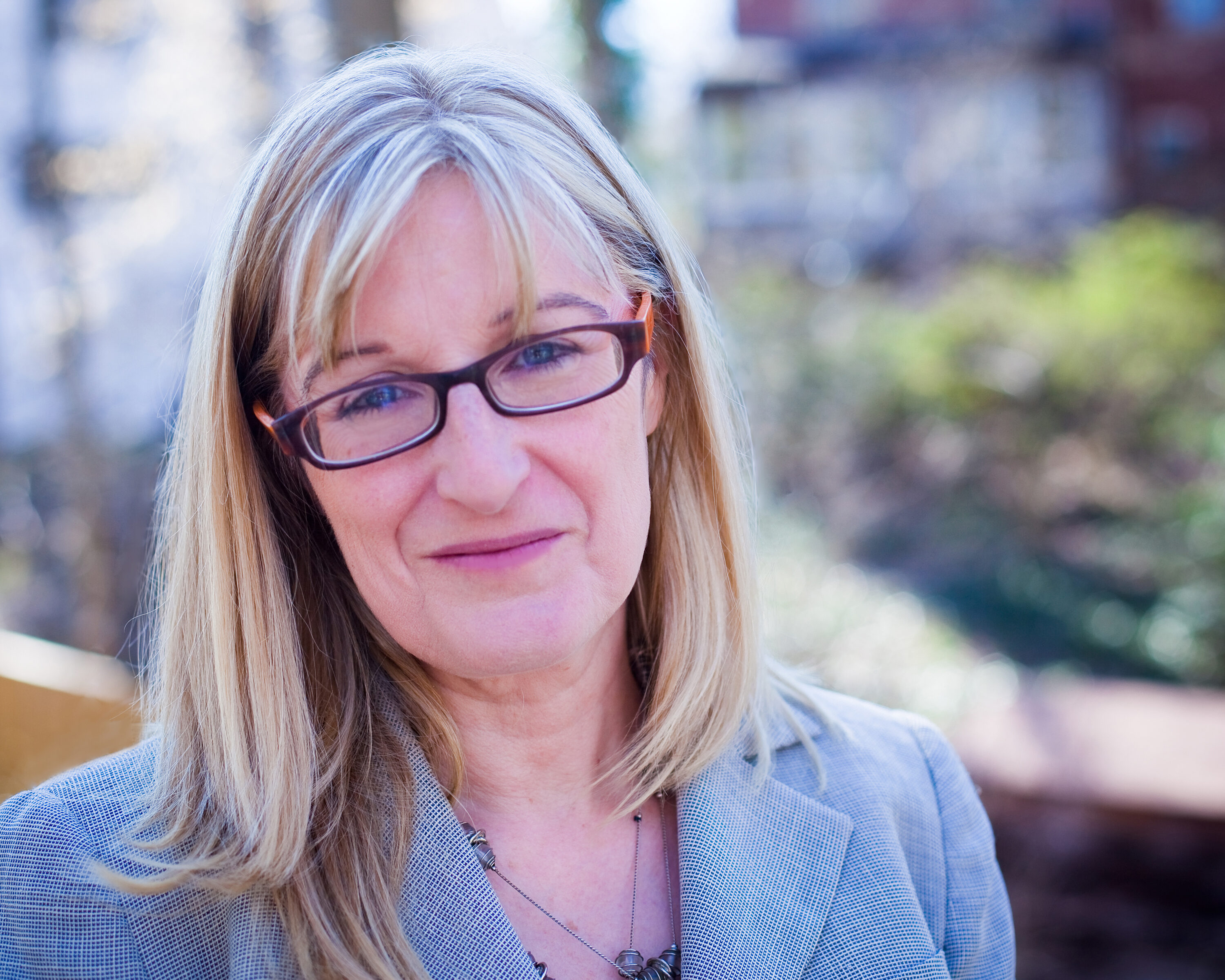 In 2008, Jane Root founded Nutopia. Known for award-winning documentary series on a global scale, Nutopia created a new genre of television, the “mega-doc,” which combines epic cinematography and action-driven drama with A-list talent. Nutopia has become synonymous with high-quality content for a diverse group of broadcast and streaming platforms, including Netflix, Disney+, CNN, National Geographic, BBC, PBS, HBO Max and A+E Networks. Prior to founding Nutopia, Jane was president of Discovery Networks and Controller of BBC2, where she commissioned shows such as “The Office” and “Dragons’ Den.”

Jane was a co-founder of Wall to Wall Television, where she guided the company through its first 10 years. Upcoming projects include “Limitless with Chris Hemsworth” and “Pole to Pole” with Will Smith. Nutopia has also produced “Welcome to Earth” with Will Smith for Disney+, National Geographic series “One Strange Rock,” “A World of Calm” for HBO Max, “The Last Czars” for Netflix, and Emmy® Award-winning series “How We Got To Now” and “America: The Story Of Us” for PBS 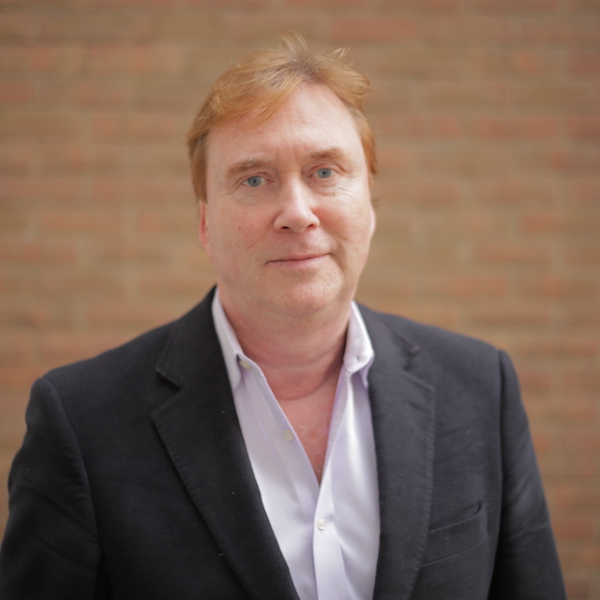 Carl Griffin is experienced in the film and television industries internationally, commencing his media career with the “James Bond” franchise, Channel 4’s BAFTA and Emmy® award-winning drama ”A Very British Coup,” and a Circle-Vision 360° film for Euro Disney.

He later spent over 11 years in Los Angeles making feature films for major US studios, including Disney, Universal, Fox, Columbia Pictures and HBO. Among these are Caravan Pictures/Disney’s “The Three Musketeers”, Bruckheimer/Disney Touchstone’s “Con Air,” Ed Zwick’s “The Siege” for Twentieth Century Fox, Disney’s “The Jungle Book,” Billy Crystal’s “61*” for HBO, and Larry Gordon’s “K-PAX” for Universal Pictures. Carl has an honours degree in law and qualified as a Chartered Accountant. He has been Managing Director of Nutopia since 2012. 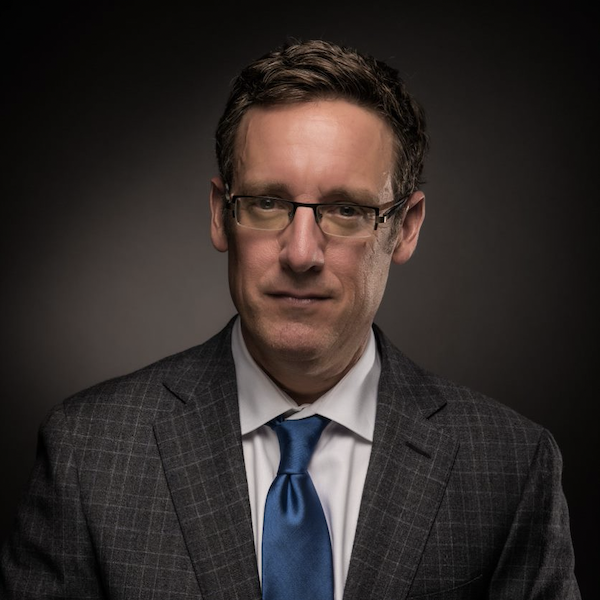 Geoff Daniels is a senior TV executive with over 30 years of experience. In this role, he oversees production and marketing for all unscripted programming, working closely with Nutopia’s key broadcast partners and talent. Geoff, who is based in the US, also helps drive program development and branded content. Before joining Nutopia, Geoff was Executive Vice President of Global Unscripted Entertainment at National Geographic. His teams were responsible for commissioning all science, nature, adventure, history and culture programming for National Geographic’s linear networks and the Disney Plus streaming service including the hit Nutopia series, “The World According to Jeff Goldblum,” popular formats like “Gordon Ramsay: Uncharted,” and tent pole events such as “Yellowstone Live”

During his career, Geoff has commissioned thousands of hours of original programming for broadcast in over 140 countries, 200 million homes and 36 languages worldwide. 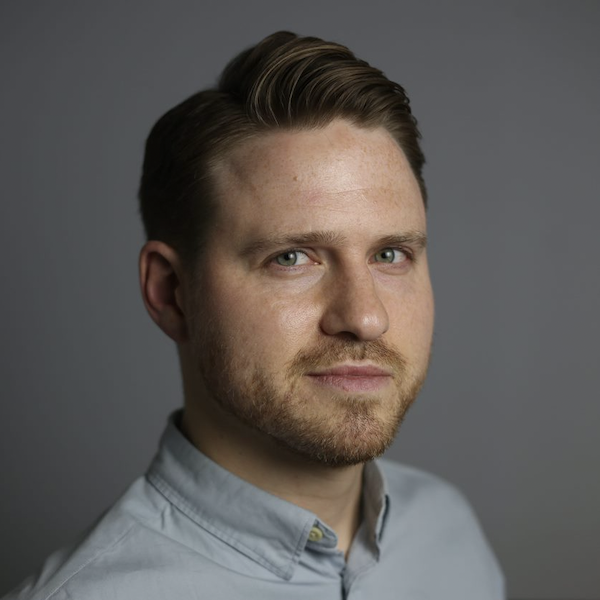 Simon first joined Nutopia in 2008 and was part of the team who pioneered the “mega-doc” genre with the 12-hour America: The Story of Us for History. He returned in 2015 to take up the Head of Development role and later EVP. Since then he has helped to conceive, develop, or launch over 250 hours of premium factual content, including some of television’s biggest-ever unscripted series, such as Limitless with Chris Hemsworth and Welcome To Earth with Will Smith for National Geographic/Disney+. His other credits span genres from blue chip science and history – like Babies, The Last Czars, and Blood, Sex and Royalty for Netflix – to docuseries like A World of Calm (HBO Max), The World According to Jeff Goldblum (Disney+), and The Royal Mob (Sky History).

Simon is also an Emmy-nominated producer, and in 2023 was named one of Realscreen’s inaugural Factual Under 40, which recognizes rising executives in the unscripted and non-fiction screen content industry aged 40 and under, via nominations from industry peers. 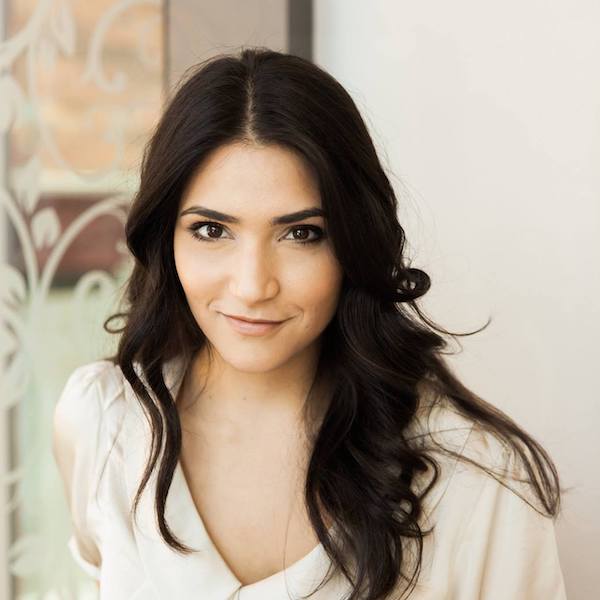 Sam Fernandes oversees the day-to-day running of the development team across all genres. Joining Nutopia in 2015, Sam has been instrumental in developing much of Nutopia’s landmark premium content, which has recently included “Welcome to Earth” with Will Smith for Disney+, “The World According to Jeff Goldblum” for Disney+, “Vendetta: Truth, Lies and the Mafia” for Netflix, and upcoming series like docudrama franchise “African Queens” for Netflix and “Limitless with Chris Hemsworth” for Disney+. Prior to joining Nutopia, Sam was a broadcast writer at Canada’s CTV News Channel. 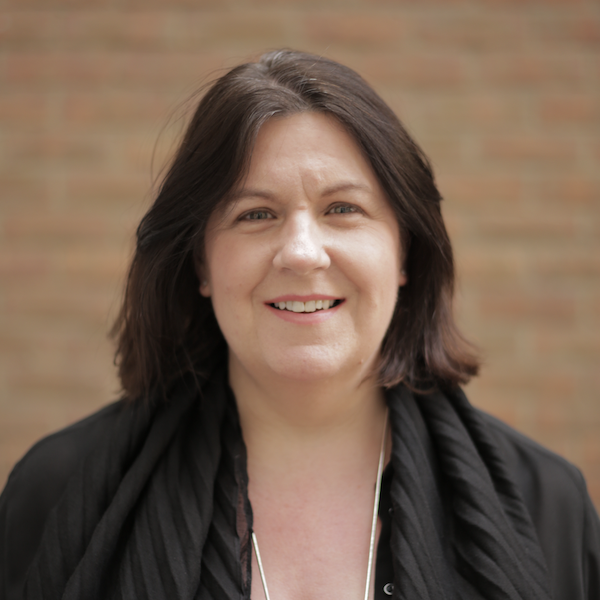 Caroline McCool has worked in the TV and film industry for 25 years and, as a senior production executive, has headed up some of the most iconic and much-loved series franchises such as “The Apprentice,” “MasterChef,” and “Grand Designs as well as number independent films. Caroline’s career started at Wall to Wall Television where she first met Jane Root. Having trained at The National TV and Film School, she went on to work for a number of leading UK independent production companies delivering premium drama-doc, specialist factual and natural history content to US and UK networks.

Caroline later reconnected with Jane to join Nutopia as Head of Production in 2015. She oversees all of Nutopia output including upcoming “Limitless” with Chris Hemsworth and “Pole to Pole” with Will Smith for Disney+, as well as the acclaimed “The Last Czars” for Netflix. 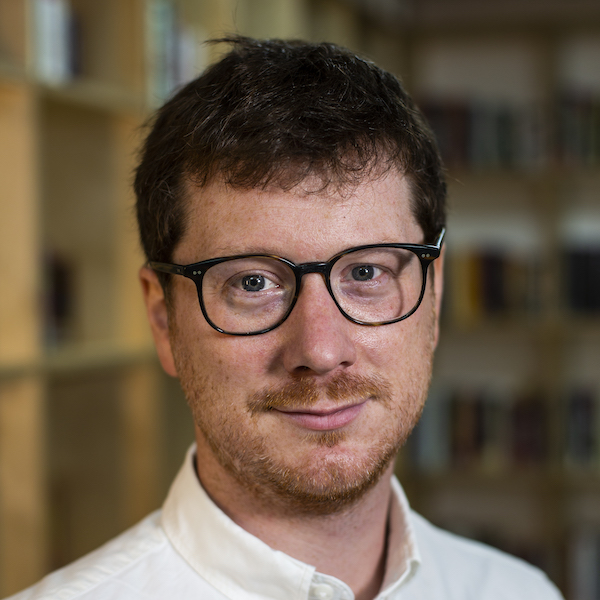 Rob re-joined the company in 2020 to lead Nutopia’s premium science, natural history and adventure slate. Recent commissions include “Pole to Pole” with Will Smith and survival format “The 7 Toughest Days on Earth” with new talent Dwayne Fields for National Geographic.

Previously at Nutopia, Rob developed and produced epic earth science series “One Strange Rock”, the Emmy® Award-nominated “How We Got to Now”, and “80s: The Decade That Made Us”. 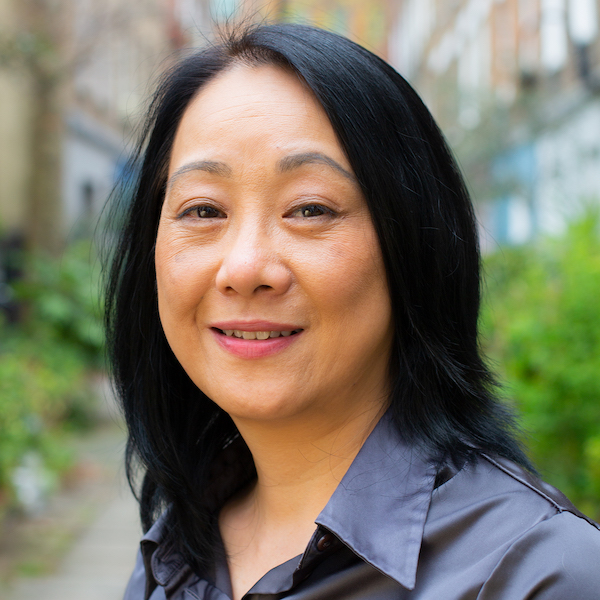 Sou Pang brings over 25 years of financial, tax and strategic experience in TV and distribution to her role heading the team at Nutopia. Since she arrived in 2017, she has restructured the department and implemented procedures to support the company’s rapid growth.

Before joining Nutopia, Sou worked in corporate finance for over 20 years including 14 years as Head of Finance, Group Tax and Treasury at All3Media Group working on numerous acquisitions and start-ups. She also held a senior finance role at Chrysalis Group PLC overseeing the finance functions across a number of production and distribution companies in the TV division.

Sou is responsible for all company financial reporting and production finance. Sou is a fellow member of ACCA, the Association of Chartered Certified Accountants. 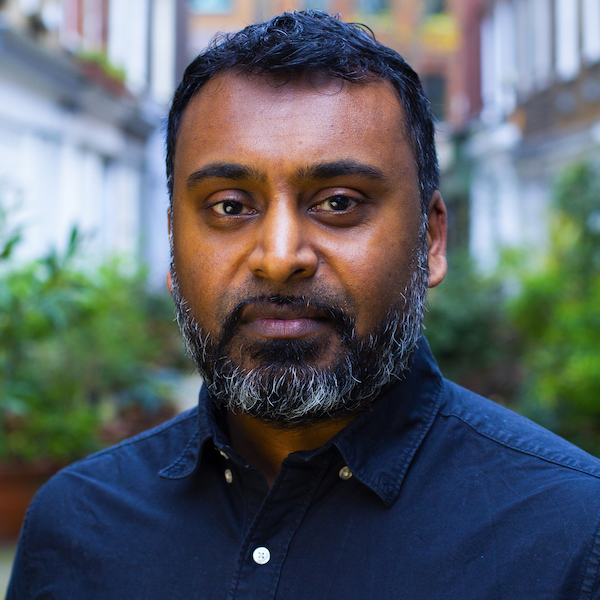 Mo Abdulla specialises in building effective in-house post production operations and resolving the needs of production with post in order to deliver to some of the biggest clients in the TV industry. He loves to collaborate with the smartest minds in the industry to oversee offline and the final stages of post production on the most cutting-edge shows.

With more than two decades of experience in post, he likes to push the boundaries of what is technically possible within a fast-paced and ever-changing landscape. His most recent achievement was expanding Nutopia’s physical infrastructure into the remote world at the height of the pandemic and providing edit teams with the ability to work seamlessly in a hybrid model. Since joining Nutopia in 2019, he has brought together a great team of technical specialists and edit assistants; built an effective in-house post department; increased capacity and put in place new workflows in order to deliver a high level of quality and efficiency on shows for clients including Disney+, Netflix and Amazon. 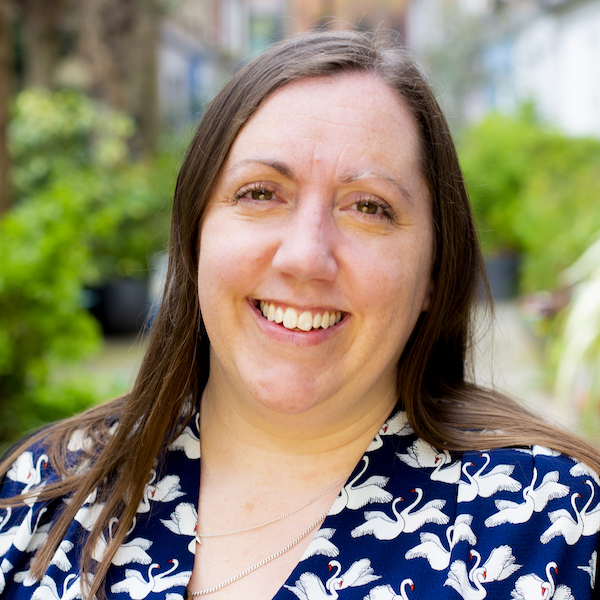 Sophie Mautner has worked at Nutopia since 2015, when she joined as production manager to the Development team and to support company operations. Her role has expanded substantially to encompass a wider responsibility for Nutopia’s operations, community, training and development, and working alongside the Talent and Marketing teams.