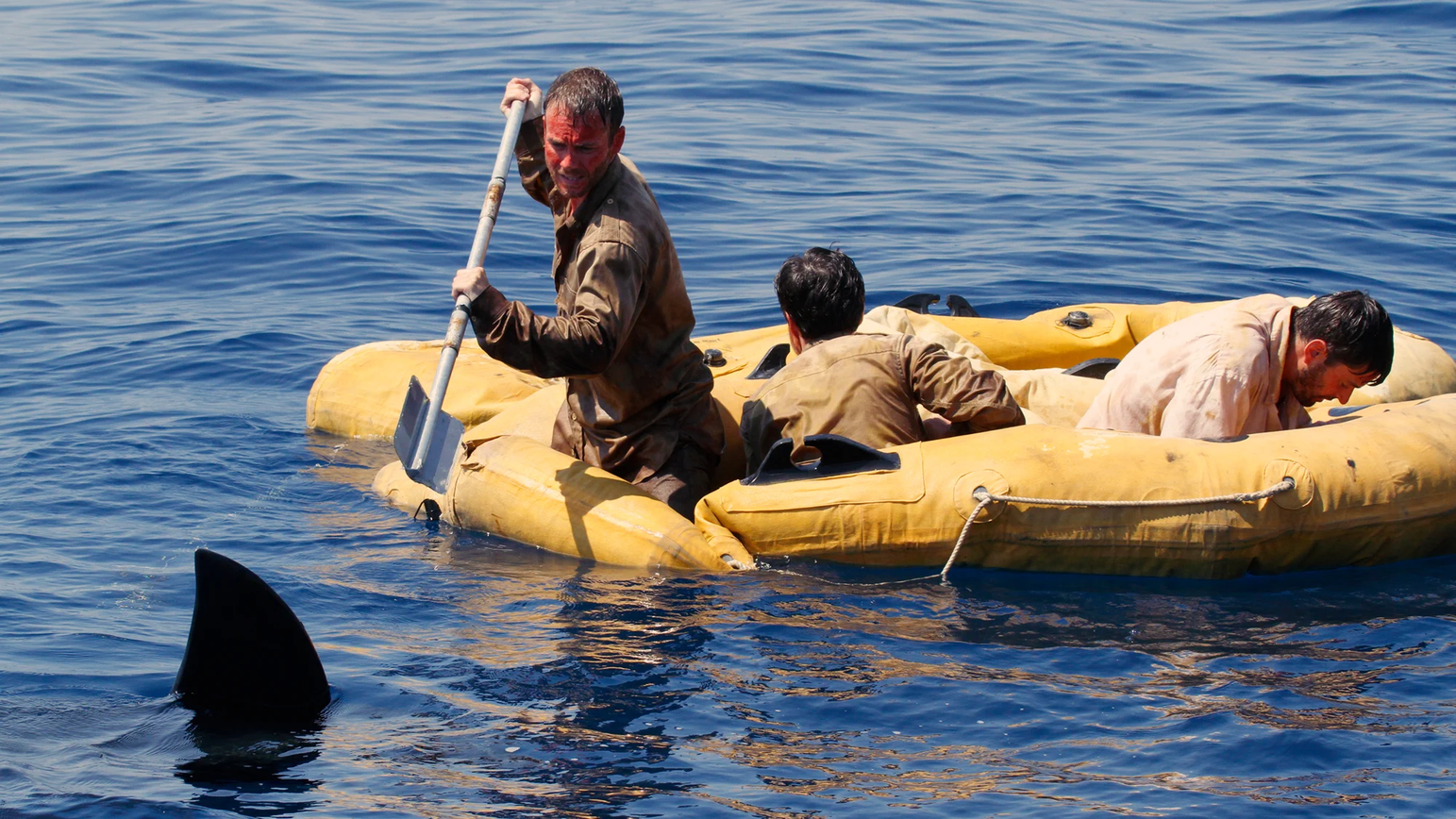 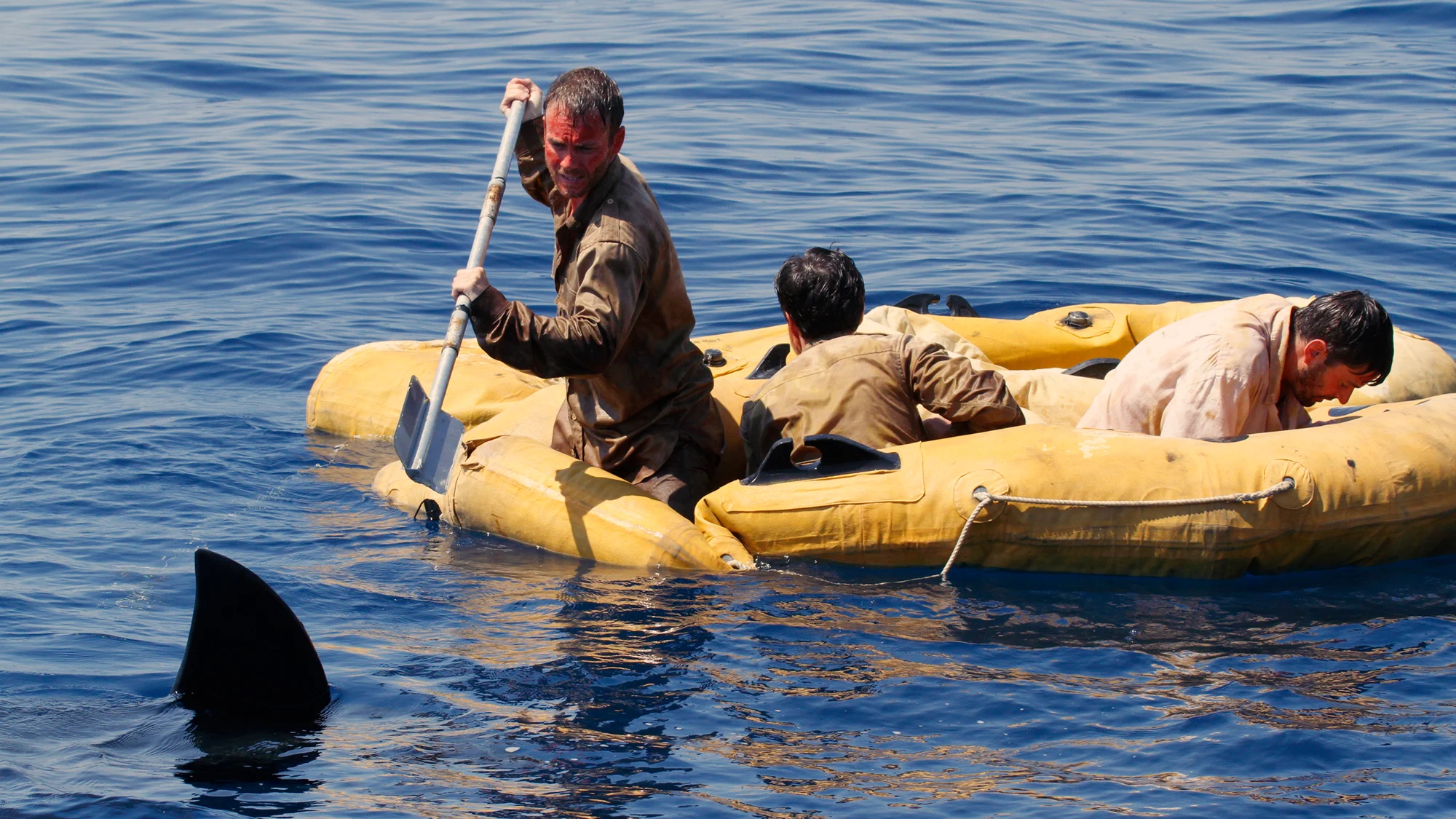 A small group of American airmen. A flimsy life-raft. And hundreds of hungry sharks

This is the story of how Russell ‘Phil’ Phillips and Louis Zamperini survived a record-breaking 47 days adrift in the Pacific Ocean at the height of WW2; starving, nursing a dying comrade, rocked by storms, strafed by enemy fighter planes and endlessly menaced by some of the most aggressive sharks in the world.

This ambitious drama documentary reconstructs their ordeal in precise detail, showing how they managed to overcome hunger by catching and eating seabirds, and then battling with and killing the sharks that threw themselves into their raft.

Their families are told they are missing, presumed dead, but refusing to be discouraged, they draw upon every ounce of their courage and ingenuity to survive this unprecedented ordeal in the water.