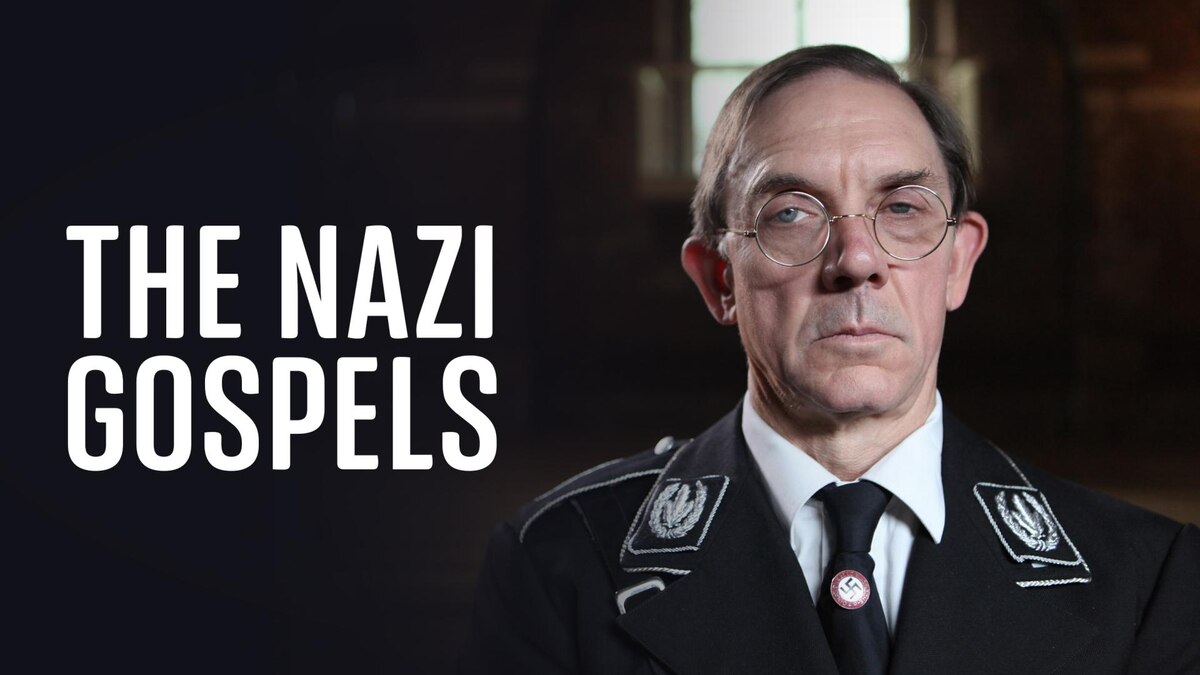 The story begins in 19th Century occult societies, where the central tenet of Nazism is developed; a belief in an ancient Aryan Master Race born to rule lesser races, especially the ‘subhuman’ Jews. In the aftermath of Germany’s defeat in World War I this racist ideology passes into the Nazi party.

This film shows how the Nazi belief in the Aryan Master Race characterized World War II as a war between the Aryan Germans and the "lesser races", a belief which reached its most terrible consequence in the Holocaust. SS men caught up in bizarre, cult-like obsessions of ancient Aryans with magical powers, of Pagan Gods and the Holy Grail, also directed genocide.

Illustrated with unnerving drama and readings of original Nazi texts, as well as little-seen archive, The Nazi Gospels shows how racist myth-making and false history was used to underpin the greatest crime in history.